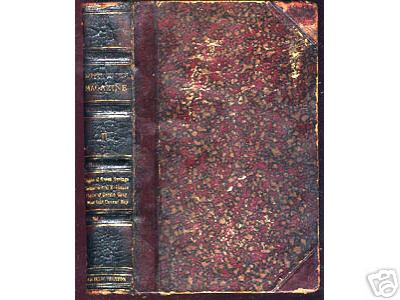 Condition: Very Good with no dust jacket; Here printed for the first time in the July 1890 edition of Lippincott's Monthly Magazine. 100 pages, in 13 chapters. Wilde later added 6 more chapters to give us the edition generally reprinted today. But that is not the only wonderful item between these marbled covers. This is a bound edition of Lippincott's for May to August, 1890, with several other high spots. These include the complete Sappho of Green Springs by Bret Harte, from the May 1890 issue and a piece from that same issue titled Karma, by Lafcadio Hearn. Another illustrated piece on Palmistry, also called Cheiromancy. Each piece is separately paginated, as they were issued separately. The Picture of Dorian Gray was originally issued as a paperback by Lippincott's Monthly, and copies of the standalone volume are generally in very poor condition and still sell for $2000 or so. This copy is 9x6, bound in purplish half leather with gilt titles and marbled boards. Some age lines on the spine, but the leather is holding up very well. A couple of wonderful old rubber stamps from William V. Pippen, Dealer in Books, New & Old, 327 Charles St. , Baltimore, MD. In very good condition, almost impossible to find.

8vo; The Philadelphia edition (simultaneous with the London edition) bound together with stories by Bret Hart (Sappho of Green Springs) and lafcadio Hearne (Karma) and Mrs. Alexander (What Gold Cannot Buy)
View More... 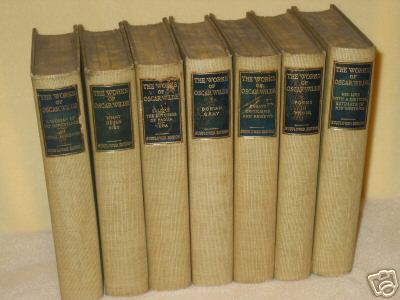 THE COMPLETE WORKS The Sunflower Edition 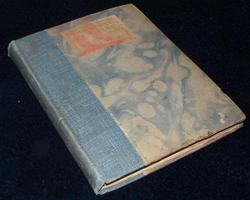 THE DECAY OF LYING

Condition: Very Good- with no dust jacket; Front cover is chipped. Red ink from the title label has run onto the decorative paper. Covers have additional soiling. Pen written inscription inside front cover. Damp marks (water stains) , as seen in my photos, throughout. A couple pages have tears. Webbing slightly shows near center pages.

The essay is written as a dialogue between two characters- Cyril and Vivian. The scene is the library of a country house in Nottinghamshire. The essay was original published in 1891 in "Intentions."; 16mo 6" - 7" tall; 79 pages; Some damp staining throughout that does not affect readability or even aesthetic value much. Number 92 of 1000.
View More...