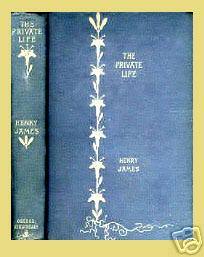 The binding is full blue cloth with gold foliate ornaments on the cover and spine. This is the uncommon first edition of this collection of short fictiion. The later American edition was apparently produced in substantial quantities, since Blanck cites six variant bindings [BAL 10602]. Although there is some minor wear to the board and spine extremities, as well as a tasteful bookplate on the front pastedown, this copy is otherwise in very good condition with sound hinges.; 12mo 7" - 7½" tall; 331 pages; One of only 1000 copies printed...the true first.
View More... 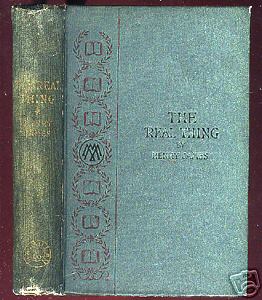 Condition: Very Good with no dust jacket; Bound in blue cloth with titles in black on the front board and in gilt on the spine, slightly faded at the spine, in common with all other copies

bound in green cloth with gilt titles; 8vo; 287 pages; According to the preface, the tales in this volume were first published together in the UK in 1885, although A Landscape Painter had appeared in the Atlantic Monthly magazine in 1866, only the second story James ever published. The story goes that Atlantic Monthly editor W. D. Howells began his long friendship with Henry James after receiving another story here, Poor Richard, and raving about it. Including four longish stories, the title piece, Day of Days, A Most Extraordinary Case, and Poor Richard.
View More...