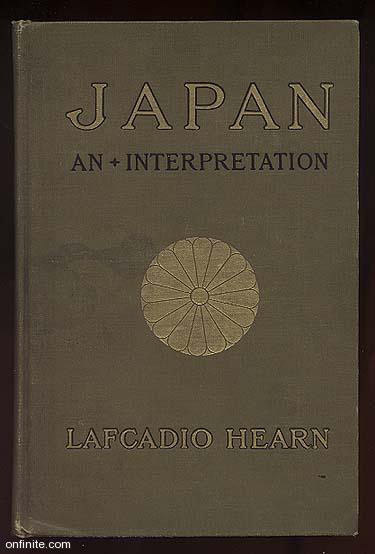 Gilt-stamped brown cloth. 2 pages of ads; 8vo; 549 pages; , Lafcadio Hearn (1850 - 1904) is generally regarded as the most perceptive Western writer on Japan and Japanese culture of his time. The present volume is his best-known work on the subject, covering every topic from family life to religious practices. This fourth printing (BAL 7942) , produced three months after the first, is considered significant in its own right because it includes the first appearance of the appendix on pages 529 - 534, a lengthy letter titled "Herbert Spencer's Advice to Japan. "